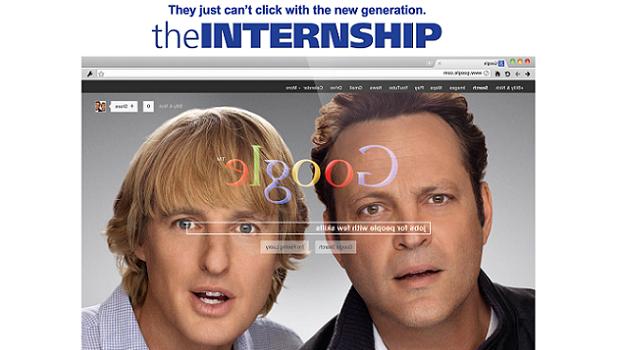 Back with a vengeance after previous riotous pair-ups in the likes of Wedding Crashers and Zoolander, Owen Wilson and Vince Vaughn have set their sights even higher with upcoming comedy, The Internship.

The film follows two middle-aged salesmen, Billy (Vince Vaughn) and Nick (Owen Wilson), bemused by the digital era as they lay down the gauntlet to win a coveted Google internship. If the latest clip is anything to go by, they are in for a rude awakening as their first day on the job finds the duo up against the ‘Nooglers’ – whiz kids willing to go to whatever lengths necessary for said internship position. Owen’s character even describes the challenge as “some sort of mental Hunger Games against a bunch of genius kids for just a handful of jobs.”

Actress Tiya Sircar (Friends With Benefits, 17 Again), who plays Neha, one of the hopefuls, said “working with such a diverse group of young actors made things difficult at points… It’s basically a lot harder to stay in character in this movie than in anything else I’ve ever done because you’re watching magic happen and it’s just hilarious.”

For a further ‘taste’ of what’s in store, here’s a look at the duo’s understanding of the term ‘browser cookies’. Apparently the correct definition is that if you can’t decide which flavour to go for then your best bet is to browse them. 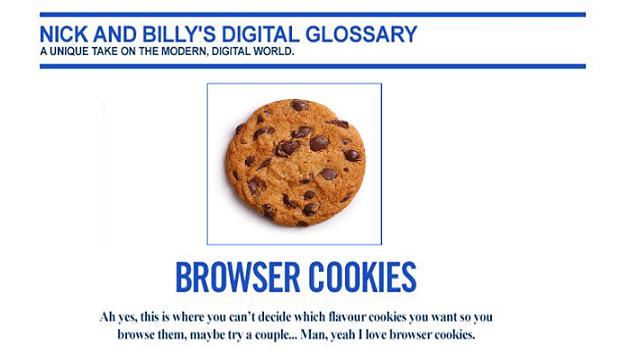 Joking aside, now is your big chance to win an internship at 20th Century Fox. Head over to www.theinternshipmovie.co.uk to view applications and submit your very own to go up against the Nooglers to be in with a chance of following in the footsteps of Billy and Nick no less.

The Internship will be crashing the system in UK cinemas on July 3rd.

Keep up to date with everything Internship related by following the film over on Facebook and Twitter. We’ll leave you with the Nooglers exclusive clip…