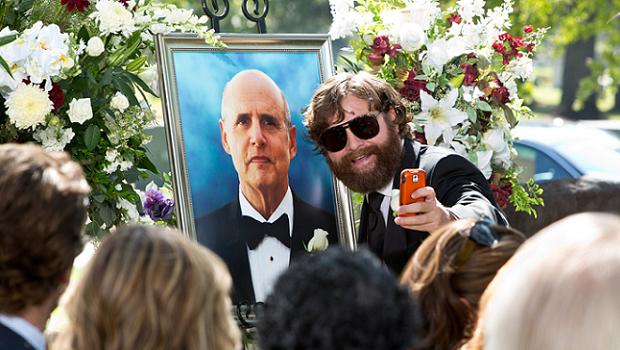 I attended The Hangover Part III screening with inklings of trepidation. The first offering from this Todd Phillips trilogy was a great success, financially and critically, even winning itself a Golden Globe. The second film was essentially a cruder, dirtier version of the first, following the same ‘men wake up after accidental drug induced slumber having lost a member of their group’ plot line. It lacked any originality and seemed only to serve to fill a gap between the first and inevitable third installment. 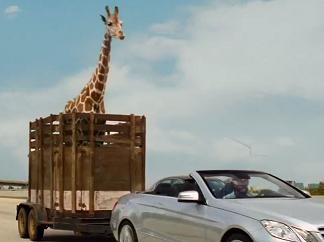 The plot wanders slightly off the beaten path to  get to the expected chaos this time round. It opens dramatically with the scene you may have witnessed in the trailer involving an innocent giraffe, a low-lying bridge and some Hollywood-esque car themed pandemonium. We learn that Alan, in an attempt to find his sense of purpose, has spent six months off his medication and thus seeing fit to follow every natural urge he has, consequences be damned. Add to this unstable buffoon the other members of the ‘Wolfpack’ and you’ve got The Hangover Part III.

It certainly didn’t break us in gently; straight in with the aforementioned giraffe action. But then we know the characters well at this stage in the franchise so no need to introduce them to us again. Ten minutes in and the action had mellowed slightly. I was wondering where they were going to go from here to end up in a hotel with wild animals, hookers and someone else’s kid. The third scene is a funeral for goodness sake!

It wasn’t long before things progressed at a pretty swift pace from thereon in. Alan, of course, was the catalyst for the events that followed and, to be honest, I can’t say too much without giving anything away. It certainly was a rollercoaster ride. Successful steps forward in their ‘quest’, set by an ever-imposing John Goodman, were followed swiftly by steps backwards and thus this theme continued to fill out the films duration.

I appreciate that they took a different approach to the storyline, but the plot has never really been the selling point with these films. It’s all about the characters and seeing how ridiculous the scenarios we find them in can get. Theoretically, a new plot should have given things an upgrade. It didn’t. At the core of it, this film was just another excuse to set these likeable characters in funny circumstances and let things play out. We know the format from the previous two films and the results were pretty predictable. There were certainly attempts at plot twists and turns but I could see them coming.

The characters do remain strong; their relationships and interactions form most of the humour. Of course, Ken Jeong and Zach Galifianakis really are the precursos for the belly laughs. There is also a nice, if slightly unoriginal, cameo from Melissa McCarthy of Bridesmaids and Mike and Molly fame.

I’d be fibbing if I said I didn’t enjoy it. It was fun and I found myself laughing a lot. The cinema certainly laughed raucously. The threequel was a delectable swan song for the franchise and, in my opinion, may even leave room for some kind of spin-off. I’ll leave you to decipher who that would involve. My advice? Fans of the first two certainly won’t find themselves disgruntled. You will laugh and after all, were talking about Alan here! But don’t go expecting anything overly adroit or game-changing. If you aren’t too prudish, be sure to wait until the credits roll for a pleasant surprise.

The Hangover Part III is released in UK cinemas today, May 23.

is a voice artist, comic and actor with an interest in films. Not all of them, but quite a few. I'm on the twitter @nicirishvoice or here www.nicolaredman.com