The Hobbit: The Desolation of Smaug – 1st Teaser Trailer 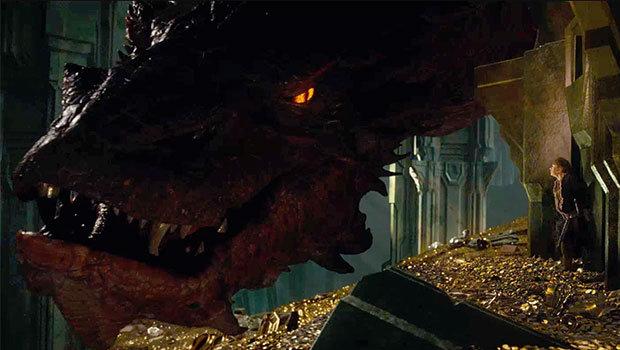 The Hobbit: The Desolation of Smaug gets its first official teaser trailer from Warner Bros. with the film expected to hit cinemas this festive season to follow-up 2012’s An Unexpected Journey in Peter Jackson’s three-part film adaptation of the The Hobbit novel.

This sequel follows ongoing adventures of our unlikely hero Bilbo Baggins (Martin Freeman) as he continues of his journeys with the Wizard Gandalf (Ian McKellan) and thirteen Dwarves, led by Thorin Oakenshield (Richard Armitage) on an epic quest to reclaim the lost Dwarf Kingdom of Erebor.

The trailer now provides some long-awaited of Lost‘s the lovely Evangeline Lilly as elf warrior Tauriel together with the likes of Azog, played by Manu Bennett and Luke Evans as Bard the Bowman. We also get a more than fleeting glimpse of the head of the eponymous dragon Smaug (Benedict Cumberbatch).

Following the footsteps of the unfortunately slow Unexpected Journey, the trailer does provide an inkling of hope that the film will take audiences on a somewhat more action-filled adventure. But that is something that we’ll have to see to believe.

The Hobbit: The Desolation of Smaug will be released in the UK this festive season on December 13. We’ll leave you with the aforementioned trailer.