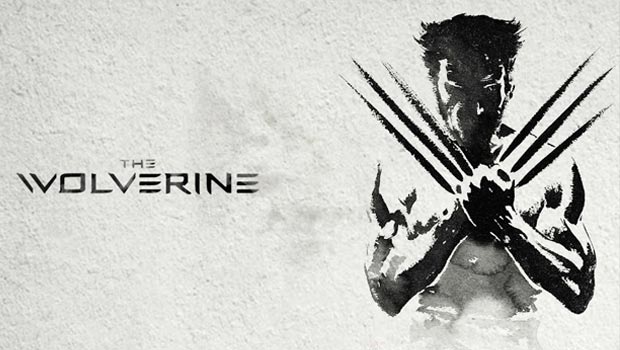 It’s been thirteen years since the first X-Men film – thirteen years! And The Wolverine is still with us. Maybe he is immortal. Not many film franchises get this much mileage out of the same bunch of characters, but somehow X-Men has managed to hang on. It must be the claws.

So, after changing directors (Darren Aronofsky to James Mangold) and a number of re-writes, the 6th instalment of the X-Men series is about to traipse into the cinema like a big flabby disappointment. Yet another tired franchise touting for money like some old trader flogging tat down the local market, right?

The Wolverine has taken a lot of stick from critics since its premiere screenings, and while the film does have some problems to say the least, for the most part the story makes for a very good standalone movie.

The Wolverine (Hugh Jackman) is by far the most beguiling of the X-Men characters; an immortal mutant with no reason to live, having killed the woman he loves Logan sleeps rough in the wild forests outside a small town in Canada’s Yukon Territory. His nights consist of dreams, memories from his earlier life, and this is where we start.

9th August, 1945: the bombing of Nagasaki. It’s an energetic, gripping and well executed opening to the film in which Logan saves a young soldier, Yashida, from certain death as the explosion rumbles towards their POW camp, annihilating everything in its path.

Fast forward 70 years to modern day Canada, and to a feral looking Logan living in the woods on the outskirts of town. He’s being watched by the brilliant Yukio (Rila Fukushima), a cute but deadly assassin from the Shingen clan. It’s not long before she helps rescue him from a bar brawl and tells him why she’s there. So it begins.

It turns out that Yashida has become the most powerful businessman in Japan. Now old, frail and very ill, he wants to thank Logan for saving his life at Nagasaki, and to say goodbye. Cue private jet to Tokyo.

Now in Japan, Logan goes to see Yashida and we learn there’s an ulterior motive to his seemingly kind invitation. The old man is dying and wants to make Logan an offer. Yashida knows Logan has nothing to live for – he’s a Ronin: a samurai without a master – so he asks Logan to transfer his invulnerability and healing powers to him, so Logan can die and he can continue living. Seems like a fair swap…

From here on out we’re thrown into a fast paced, action packed romp that sees Logan strutting his stuff at a funeral, where some yakuza goons try to make off with Yashida’s stunningly beautiful granddaughter, Mariko (Tao Okamoto).

Mariko reveals that it is in fact her, not her father, who will inherit the all the power and responsibility of the Yashida empire. Now Logan must protect Mariko at all costs, and of course, fall in love with her. Yet, he still dreams of Jean Grey, the woman he loved and subsequently killed in X-Men: The Last Stand. She appears in his sleep, dressed in a white negligee, asking him to come and join her in some nighty wearing afterlife.

These scenes, although somewhat out of place in a big CGI 3D action packed blockbuster, actually provide a nice break from the gratuitous claw action. They give the film a dreamier, and dare I say, more grown up feel. That is, until the claws come out again and we’re back in another action sequence.

The long fight scene on the bullet train is well done if a teensy bit farfetched, and takes up a big chunk of the action quota. The best parts of this film though, are the quieter moments – the moments where we see Logan the man, rather than The Wolverine. His scenes with Mariko and Yukio give a bit of depth to the character and provide a welcome counterbalance to the often overblown fight scenes. Particularly incredible is the last act, in which all is revealed at the end of a frankly silly dual battle between Logan and a robot, and Yukio and the lizard mutant woman (who was she by the way?).

Overall, The Wolverine is exactly what you’d expect, and a little more. Yes, there’s a healthy dose of action, noise and claws, but it goes further in delivering some nicely crafted, more human moments where we see both sides of Logan’s conflicted character.

I find it hard to see a reason why fans of the franchise would be disappointed in this movie, especially when they had to sit through X-Men Origins. Also, as someone who hasn’t really followed the series that closely, I found it an enjoyable experience, tense, well paced, and with a bit of silliness thrown in for good measure. Post-The Dark Knight, people often expect our superhero films to be all dark and artsy, but why? They’re comic books, they’re fun! They’re not art house films.