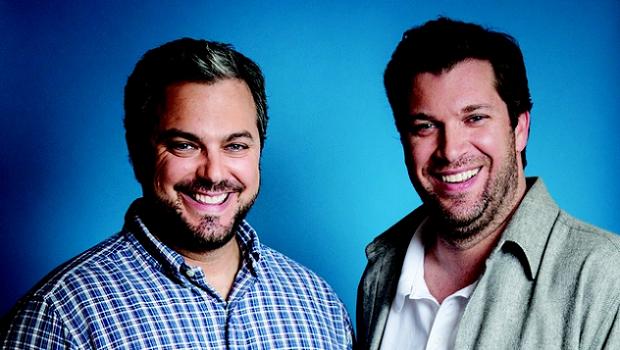 The big-budget comedy The Big Wedding hits UK cinemas today and marks the directorial debut for Justin Zackham, following his script for 2007’s highly successful The Bucket List which starred Morgan Freeman and Jack Nicholson. Zackham, a long time friend of fellow filmmaker, Clay Pecorin, since their years at Greenwich High School, decided the two of them should join forces to set up Two Ton Films, a name apparently paying homage to their waistlines. After producing The Bucket List and the recent television series Lights Out, the pair now bring us The Big Wedding (purchased by Lionsgate) with Zackham on both writing and directorial duties. Cinema Sauce were able to speak with the two friends in a three-way phone conversation to discuss their experiences working with all of four Academy award winners, the importance of having fun on set whilst working on a serious project and Justin’s cake budget.

We’d like to point out that the interview was conducted the day prior to the US release in case time references herein baffle you. We also suggest you take their banter with a sense of humour as they seem to have a penchant for mocking each other at every possible opportunity.

So, how confident are you on the eve of the release of The Big Wedding? Is it more of a worrying feeling or are you completely excited or a mixture of the two?

Clay – I wouldn’t say I was worried really. I mean, I won’t speak for Justin because he’s an idiot *laughs* but I am really excited. Justin and myself put this film together in a way we are very proud of and we are seriously excited to have the honour of having so many great actors involved. I’ve already planned to take my Mom to see the film tomorrow at 11 a.m. I’m that excited.

Justin – Yeah, I’m really looking forward to it also. After all this time it’s just a great feeling to finally be getting it out there. I won’t be going to watch it as I have already seen it about five thousand times. What I can say is that reactions so far have been terrific.

So you say the film has been a long time coming. How long has this been work in progress?

J – Well I first wrote the script some four and a half years ago. Despite that, you know how a script is an ongoing process of rewrites. After the initial script is drafted the actors get signed on and each has their own ideas so the script gets adapted to encompass all of these suggestions. Then Lionsgate bought the movie right before we were set to shoot and they wanted to make things even sillier so more changes were implemented.

So I’m talking to the two of you basically because you do everything together and have been great friends for about 25 years.

J- Come on. Let’s talk about the good things. There no need to dwell on the negative aspects.

C- Sure. Talking of good things, have you seen the film? There is a brilliant scene featuring some very handsome doctors.

J-–That’s right. Clay decided to insert himself onto the set in a full doctor’s outfit without actually telling me. His audition was actually for a speaking role and he didn’t quite get that.

You certainly play off each other really well. Diane Keaton said that you reminded her a bit of Laurel and Hardy and that you would be great performing together. Is that something that has ever crossed you mind?

C- Well Laurel and Hardy in the sense that I’m the skinny one and Justin is the other.

J- That’s certainly true and by the way Howard, if Clay hadn’t said that I would have said it first. But seriously, we decided a long time ago, when we partnered up, that there are definitely easier ways to earn a living and if you can’t have fun making movies and getting paid for it then you should be doing something else.

We’re best friends but we also work together really well and have a great time doing it. We only work with people who are good and serious but you can only really have fun providing you know exactly what you are doing. Basically, on the set of The Big Wedding everyone working on the film was so much better at their jobs than we were at ours so it just made things so much easier. I mean, all kinds of things went on, even a cake fight.

Yes I heard that you did some crazy things such as food fights, everyone wearing capes. Who was to blame for all that chaos?

C- Oh, that was Justin’s doing. The biggest expense on the movie was Justin’s cake budget. At the end of the shoot we wanted to thank Justin for all his input but as we had spent so much money on cakes all we could give him by then was a cupcake. Basically, the reason for this cake budget was that Justin wanted to make sure whenever it was someone’s birthday they got a cake to celebrate it.

J- Well this cake thing really started because, despite being asked not to celebrate a birthday on set, I decided it would be fun to surprise cast members. Basically, whilst on set I got Diane Keaton to pop out singing happy birthday first and it just progressed from there. Every time it was someone’s birthday Diane would pop out of nowhere with a cake to sing happy birthday. On the last day of the shoot we had about 16 different cakes prepared and everybody surprised Diane even though it wasn’t her birthday.

Talking of actors, it seems that you have quite the Midas touch as everything you get involved in seems to bring some amazing talent on board. Did you have this massive ensemble cast in mind whilst preparing the script? 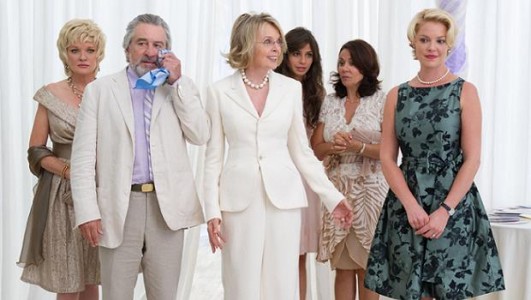 J- I had Diane Keaton in mind for her part but when you are writing you never really think that you are going to get anyone like that. I did actually also write The Bucket List with Morgan Freeman in mind. Basically though, writing relies heavily on the voices in your head. Obviously, sometimes it helps you to write a part with an actor in mind as it helps you to imagine their dialogue.

When we offered the part to Diane she came on board straight away and we were delighted to have her involved. Then De Niro signed on and that was amazing once again as you never expect to get someone like De Niro in one of your films. After that a lot of other actors signed up as they were keen to be in a film with these two actors. I can’t for the life of me imagine why.

After this amazing experience with some of the biggest actors, what have you got in the pipeline as this is a hard one to beat?

J- Well the biggest project right now is something we are preparing called Jubilee which will be a series that we have in fact laid out for all of 6 seasons. I have in fact dual American and British citizenship so I grew up watching things like Upstairs Downstairs and I just couldn’t understand why only Britain has this amazing history and historical television. In the end, I would describe Jubilee as Upstairs Downstairs on a Southern plantation before, during and after the Civil War. It’s set on the Georgia coast and we are looking to go to Savannah and Georgia and produce it ourselves.

I’m also really excited about a British film I directed recently called One Chance which stars James Corden as Paul Potts. I’m just so proud of this film.

You have mainly dabbled in comedy although Jubilee certainly sounds more dramatic, as was your television series, Lights Out. Are there any more genres you are keen to experiment with in upcoming projects?

J- Absolutely. We are in fact working on a huge adventure movie now that we can’t really talk about too much. As long as any film has great characters and at least a great small story involved, whether it be the romance in Titanic or whatever, and as long as all the characters are working and interesting and compelling then you can set it against any backdrop and I’m going to be excited about it.

To finish off, it’s time for you to sell your movie. There have been so many wedding movies released with such similar storylines. What is it that makes The Big Wedding stand out above the rest? 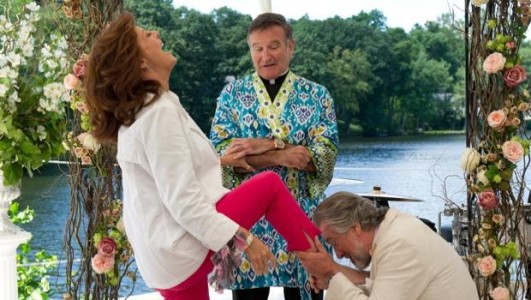 C- Well, because we did it. *laughs* Seriously though, we have four Academy award winners involved and it is really smartly written. I call it a dramatic comedy that works and touches and pulls at heart strings and makes you laugh. I just wouldn’t call it your typical wedding movie. Most wedding movies tend to work in one direction whereas this has so many different layers. Also, I hate complementing Justin but he really is not what I would say your typical movie wedding writer and he has created some seriously complex characters.

Apart from that, I produced it so that’s the real reason you have to go and see it.

J- Yes, and the fact that Clay plays a doctor in it, really badly I would say.

We’d like to thank both Clay and Justin for their time and look forward to watching The Big Wedding as it releases in UK cinemas today. We’ll leave you with the latest trailer for the film: