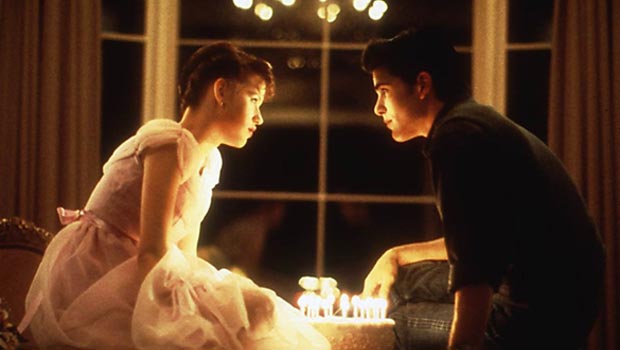 The 14th of June was a celebration of my day of birth, so, as I’m nice, I thought I’d selflessly share a gift with all of you since I have received gifts of my own. Here’s a list of ten birthday related cinematic moments that I think are great and worthy of discussion on the anniversary of the day I entered the world. It’s also Boy George’s and Paul O’Grady’s birthday, I don’t know if they have made film lists today, I was hoping it may be a Gemini thing, it’s technically Che Guevara’s birthday too, he definitely didn’t make a list and Diablo Cody’s she’s probably writing a screenplay instead, it may or may not be better than this.

William Friedkin directs Harold Pinter’s adaptation of his own play, critic Harold Clurman described the film as “a fantasia of fear and prosecution,” which it really is. Besides, it might not even really be Stanley’s birthday.

A birthday wish goes wrong and comedy ensues. One of Jim Carrey’s best performances, as a man who loses his ability to lie as a result of his son’s birthday desire. Lots of excellent funny moments, as Carrey discovers and then learns to deal with his inability to be dishonest.

A load of birds turn up and ruin a child’s birthday party. Classic horror and suspense from Alfred Hitchcock.

I can’t hear the song “it’s my party” without thinking of this film. Junior terrorizes a neighbouring child’s birthday party after she refuses to let him watch the magic show. Revenge is a dish best served with cake.

Stifler gives a tranquilizer gun to Will Ferrell. What follows, “yes! That’s awesome!” A very fun comedy film anyway, made all the better for the appearance of The Dan Band.

“before the sun sets on her sixteenth birthday, she shall prick her finger on the spindle of a spinning wheel…and DIE!” Disney’s 1959 film has all the best bits of Disney, lush colour, delightful moments of grandeur and a sinister villain.

In the future, there’s a world where turning 30 means worse than buying a sports car/getting a tattoo/buying a motorbike/getting a piercing/some other similarly poor midlife crisis life choice, it means vaporization. Often silly, yet fun 70s sci-fi.

The eponymous Maude’s 80th Birthday and a wonderful surprise party. I talk about this film a lot, not enough people have seen it. If you haven’t seen it, watch it, it’s a superb black comedy, with lots of moments of existentialist drama, if you have seen it, well done you!

A classic, John Hughes rites de passage movie. Molly Ringwald (obviously) has her family completely forget it’s her 16th Birthday and she struggles along with her day. Decent 80s soundtrack, good supporting cast, nice comedic moments and an engaging, charming performance from Ringwald, this has to be the number one Birthday movie really.