A Field In England to Hit Cinemas and Homes Simultaneously 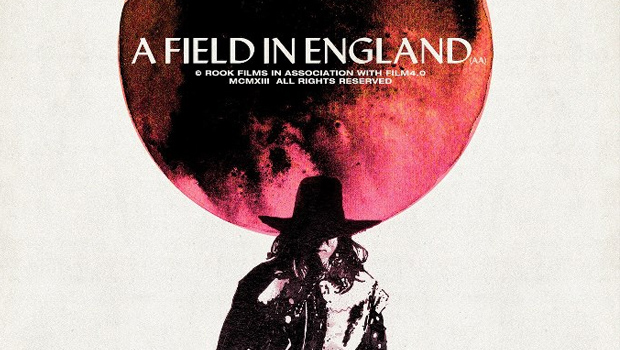 Further to his segment “U is for Unearthed” in the recently released The ABCs of Death, Ben Wheatley‘s latest low-budget, experimenal A Field in England, will be released in an intriguing new marekting format. Directed by Wheatley and based on a screenplay he co-wrote with Amy Jump (Kill List) A Field In England stars Michael Smiley, Peter Ferdinando, Reece Shearsmith, Julian Barratt and Richard Glover. The film relates the tale of a small group of deserters fleeing from a raging battle amidst the English Civil War across an overgrown field. Said deserters are captured by an alchemist in the process who forces them to help in unearth hidden treasure he believes is buried in the field. The protagonists find themselves having to cross (and devour) an immense mushroom circle with an ensuing bedlam of arguments, fighting and paranoia. It slowly starts to become apparent that the treasure is not as it first seemed and they each fall prey to the terrorific energies in the field.

In a first-of-its-kind marketing approach Wheatley’s latest film will be launched in cinemas, on DVD, free TV and VOD all at the same time, on July 5th. In what may seem a strange move, this could indeed turn out to be a distribution game changer.

Film4, Picturehouse Entertainment, 4DVD, Film4 Channel and the BFI Distribution Fund are joining forces to implement this new release system which is only planned for the UK at the time of writing. It certainly does look like a smart move given the fact that audiences are becoming less inclined to visit their local multiplex, preferring to remain in the comfort of their own homes to watch DVDs or streaming content. It will certainly be interesting to see the results of this new marketing ploy.

Wheatley has also recently confirmed two projects in the works. The first of these is the bigger budgeted Freakshift which is currently in the casting process. The director has described the film as Hill Street Blues fighting against monsters. The second project his name is attached to is a British crime script he has been working on for the last year or so called Two For Hell. There are less details regarding the later project but Wheatley confesses that his approach to film writing involves writing something for immediate production alongside a second script that is something of a spare, with Two For Hell falling into the latter of the two.

A Field In England will be released simultaneously on July 5 with a digital masterclass aimed at immersing audiences in the making of the film also released to coincide with this. We’ll lave you with the trailer for Wheatley’s previous release, Sightseers, which is now available to purchase on DVD in the UK.