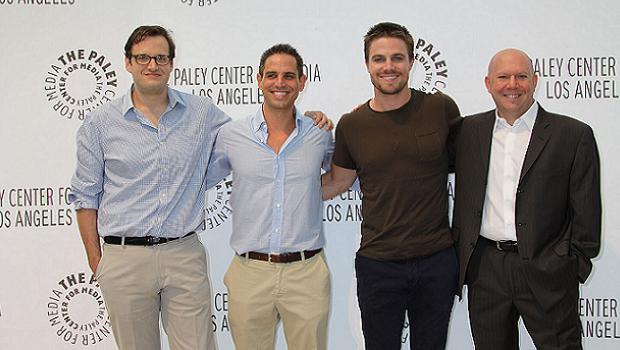 Hot on the trail of the successful series that is Arrow (which returns in October for season 2), Sony has signed on the show’s exec. producer and showrunner Greg Berlanti to direct robot uprising film, Epsilon. Although best known for his involvement in a plethora of television shows including Brothers & Sisters, Everwood, and No Ordinary Family Berlanti did indeed write and produce 20011’s Green Lantern and directed 2010’s Life as We Know It.

Epsilon is a sci-fi actioner penned by co-scribes Rhett Reese and Paul Wernick (Zombieland, G.I. Joe: Retaliation) set in the aftermath of a failed robot uprising, with Earth having to survive with virtually no electronics. The remaining robots have taken refuge on a space station where they begin to raise their own human lab rats, training them to serve as agents. The lead role in the film will be one such lab rat who discovers he is more human than he first thought.  Whilst Berlanti has signed on to direct the movie, Michael De Luca is also now attached to produce the project with Reese and Wernick.

The project certainly sounds ambitious and exciting to say the least and it comes as no surprise that both Warner Bros. and DreamWorks both wanted in on the action only to be beaten by a better offer from Sony.

With both director and writers now on board we expect and hope to be able to bring more news soon.