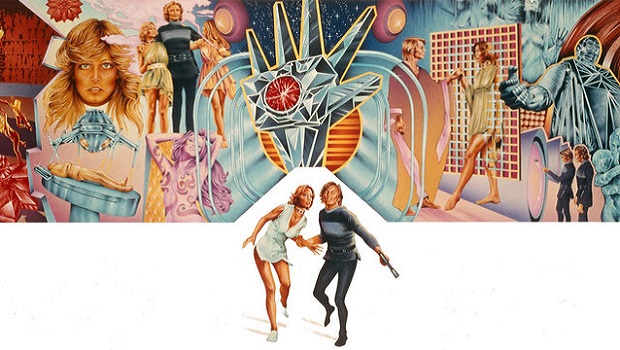 Remakes may not be that welcome with audiences but they must bring in something because yet another sequel has found itself a writer. Co-founder of Irrational Games, Ken Levine, and creative mind behind the successful videogame franchise, BioShock, is making the move from console to silver screen to pen the remake of Logan’s Run. Warner Bros. have been redeveloping the cult classic film from 1976 which is based on a the book from 1967. Originally Nicolas Winding Refn (Drive) was attached to direct but backed out. In an interview with Alex Billington, Refn sounded somewhat negative about the reboot.

With the successful playwright and screenplay writer Ken Levine on board to “write a screenplay” it seems as though the direction has taken an entirely different turn. It would appear that the studio is quite keen to get this out there. Ryan Gosling also abandoned the project too when the director left. Since then the studio has made a bold choice picking Ken Levine but he is the man who created the BioShock worlds and surely has that imagination in him to create another successful sci-fi world.

Logan’s Run follows a man in a futuristic world where life is limited to the age of 30. It is then terminated at this point to retain youth. Logan then tries to run away from his impending death, picking up a female friend named Jessica on the way. It’s a shame Refn and Gosling have departed from the project but it’ll certainly be interesting to see who else the studio attaches to the project. Maybe Joseph Kosinski will get a chance to dig his hands into the material (this is just a guess).

We’ll leave you with a trailer of BioShock Infinite to give you a taster of the kind of imagination Levine is capable of summoning.