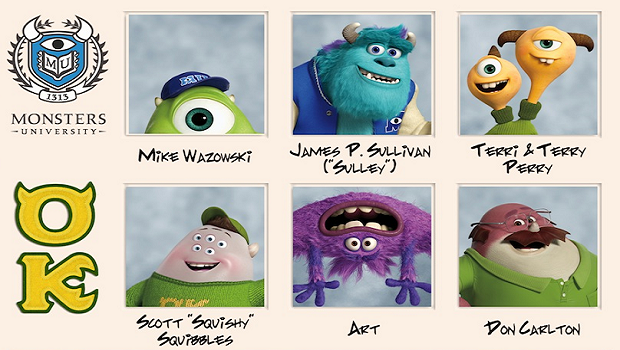 Monsters University director Dan Scanlon seems quite happy to show his early work, having personally uploaded films he made in high school and at art college, many of which he appears in.  In 1994 he made two animated films while studying at the William D. Ford Career-Techincal Centre in Westland, Michigan.

On The Front Lawn is a minute and a half black and white film created using only pen and coloured pencil on typing paper.  It’s an abstract and somewhat disturbing piece, with inventive use of movement and a strange sense of flow.

Andy is a more realised five minute short, with dialogue and a sense of narrative, again with a distinctly unsettling quality.  Scanlon’s potential as an animator with a highly unusual imagination is clear to see.

We’ll leave you with an exclusive “It All Began Here” clip taken from Monster’s University with the launch date creepily close now: July 12th.