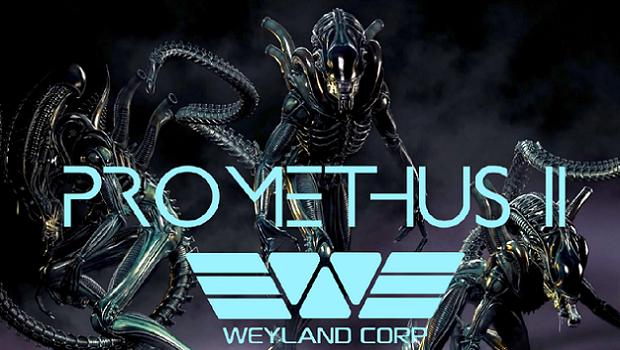 Despite Prometheus not going down quite as hoped this time last year, expectations are still high for the prequel sequel and we are glad to announce that progress is in the air. 20th Century Fox and Scott Free Productions are reported to have signed up scribe Jack Paglen to take over writing duties from John Spaihts and Damon Lindelof for Prometheus 2 although plot details, if pen has even been put to paper, are yet to be revealed. As Prometheus ended with an alien creature bursting out of the engineer’s chest, revealing the origins of the Ripley’s best friends, Paglen’s script will most likely go down that path.

Whilst Paglen may be quite the newcomer, he has certainly soared up the Hollywood hierarchy thanks to his 2012 Black List script Transcendence catching cinematographer Wally Pfister‘s attention. To cut a long story short, the film ended up being produced by Christopher Nolan, starring Johnny Depp, Rebecca Hall, Paul Bettany, Cillian Murphy, Morgan Freeman and Kate Mara, and Pfister jumped on board to direct for the first time in his career.

Although this is all good news, we aren’t holding our breath just yet as director Ridley Scott is hard at work on a plethora of projects including two highly anticipated films, Blade Runner 2 and the Moses movie Exodus, the latter now slated for a 2014 release. With Christian Bale rumoured to play Moses, Scott is already scouting Exodus locations Spain with a month of the of the 19-week shoot set to take place in the Canary Islands.

Whatever the case, providing Fox go ahead with the Prometheus 2 project, it’s a fairly safe bet to assume that both Noomi Rapace and Michael Fassbender will reprise there roles, pivotal or not. We’ll keep you informed as soon as any further developments arise.