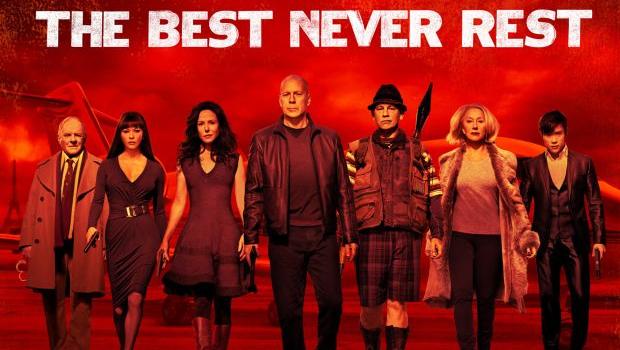 Announcing sequels prior to the release of a film is all the rage it seems. Summit Entertainment have also jumped on the bandwagon with the RED franchise, announcing that the Lionsgate division has already tapped the writers of the first two films, Jon and Erich Hoeber, to pen RED 3.

With RED 2 set to release August 2 in the UK featuring Bruce Willis and Helen Mirren back in action, it appears that the studio have much faith and want to be able to hit the ground running for the threquel to keep punters happy sooner rather than later. Only a couple of weeks ago Universal employed this marketing tactic, with Fast and Furious 6 just released last week preceded by the news that Fast and Furious 7 is in production and set for a summer 2014 release.

Let’s just hope that such little time for production doesn’t amass to rushed, bog standard affairs just to keep the franchise balls rolling. Audiences will soon find out how RED 2 fares in comparison to the original, with the welcome addition of Anthony Hopkins, Catherine Zeta-Jones, Mary-Louise Parker and Byung-hun Lee, and if it warrants a sequel.

No cast or plot details have been revealed as of yet and most likely there won’t be any solid information until Summit is happy with the RED 2‘s box office reapings. We’ll let you know as soon as anything is announced.

In the meantime, here’s the latest trailer for RED 2, out August 2.