Vin Diesel Reveals Fast and Furious 7 and Beyond 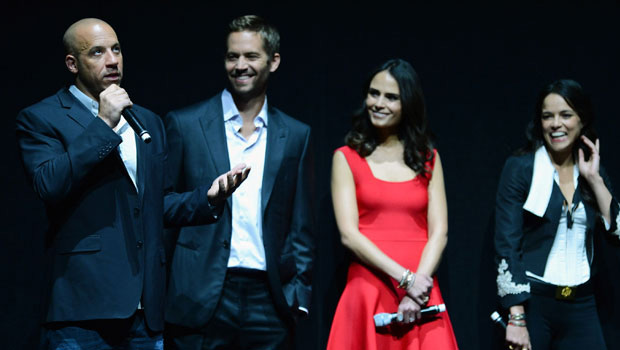 With the release of the sixth entry in the Fast & Furious franchise slated for May 24, the stellar cast took to the stage during a CinemaCon presentation in Las Vegas to announce Fast and Furious 7.

According to the news, as long as everything goes to plan, fans of the long running franchise will be able to watch Fast & Furious 7 as soon as next year (July 11, 2014). The stars to grace the stage included Vin Diesel, Paul Walker, Michelle Rodriguez, and Tyrese Gibson, to name but a few. To everyone’s surprise, after an exclusive screening of new footage from Fast & Furious 6 the audience were taken aback when such specific news of Fast and Furious 7 was revealed.

It was actor Vin Diesel who was given the honour or confirming the good news, saying “The next one, which is probably going to be the biggest one of all, is going to be in theaters on July 11, 2014.” Not only that but he inferred that more Fast & Furious movies could be on the way as he went on to say that filmmakers were already thinking “two or three movies down the road.” As was confirmed a few days ago, James Wan (renowned for the Saw franchise and all set to release The Conjuring in July) will be sat in the director’s chair this time, taking the helm from Fast and Furious 6 director, Justin Lin.

Universal presentation at CinemaCon also revealed exclusive footage from a further four films the studio has up their sleeves: Kick Ass 2, Despicable Me 2, R.I.P.D and 2 Guns.