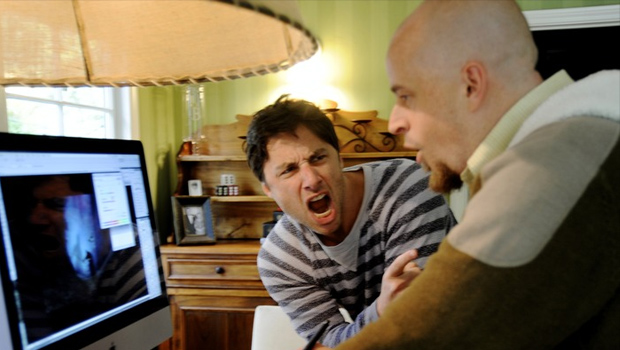 Disclaimer: I haven’t donated to Zach Braff’s Kickstarter. I don’t remember very much about Garden State but I have enjoyed Scrubs. My interest in this does not go beyond the mildly curious.

Zach Braff’s Kickstarter for his new film Wish I Was Here has now hit its $2 million goal. Pretty impressive stuff for four days of fundraising. A four-day bake sale would have just given him a handful of gold coins and indigestion.

But to purists, windbags and the genuinely affronted, the idea of Braff making a bit of extra coin from the hands of his fans is outrageous. Never mind that that is what happens when you buy Scrubs on DVD or purchase the Garden State soundtrack to teach your friends about The Shins. At least he’s using it on making a new film rather than to fund a cocaine habit.

“Thanks to Kickstarter, Zach Braff Finally Has Millions of Dollars” was the bitchy headline at Grantland. Twitter users have been quick to spread the vitriol, finding it offensive that a multi-millionaire is asking for more money. Greedy, isn’t it?

In his defense, there were some pretty sweet prizes. Pledging the $10 minimum gets you a production diary which includes the screenplay. Add $10 to that you and get the above, along with the soundtrack and extra playlists. Incentives like that are what make crowd-funding so great–you get something tangible back in return for your money. It perverts the Hollywood system that so often rips you off for $15 and the price of popcorn, just for the privilege of watching Chris Hemsworth try (and fail) to emote.

I am willing to concede that maybe Zach Braff doesn’t really need money right now. He’d probably be one of the last people to bum $10 from a mate just so that he can buy toilet paper, milk and a scratch card this week.

But slamming him for trying to get money away from the studio system is a bit holier-than-thou. Garden State had a budget of $2.5 million – roughly the funds made on  Kickstarter so far. But as he mentioned on the page, Wish I Was Here contains fantasy sequences that are rather pricy. And feature films that aren’t made in a garage with a skateboard and your dog do cost a lot of money to make. I’m sure that the more money he has, the better it will be. If he adds the funds to some of his own money, then that is great news.

This is probably the most important point for the naysayers: when you’re funding a unknown indie film-maker producing Skateboard Dog: The Odyssey, you don’t know what you’re getting. Sure, there’s a trailer and some nice gifts for fundraising, but you won’t get a feature-length film made by an established comedian and writer who is involving you in the process &  screening the film around the world. You get rough edges and probably some shaky camera shuddering between scenes.

And that’s fine. All filmmakers need to start somewhere, and with your support they get better. But there’s this weird elitism right now from people who essentially are Kickstarter snobs. Small projects from unknowns are worthy of crowd-funding, because they perpetuate organic hipster sensibilities. It’s okay if Veronica Mars is funded, because it’s an underdog of a project (and I must say, I can’t wait for this and wholeheartedly agree with it existing). But if a rich guy with a bankable name and reputation asks for some outside assistance, then that is a perversion. Screens around the world glowed with righteous indignation that is misplaced.

How dare he? If Zach Braff was a real artiste, he would do some old-school Francis Ford Coppola shit and sink all of his savings into Wish I Was Here. He’d sacrifice his worth in exchange for box-office receipts. If he isn’t happy with studio interference, he should not accept a single handout. If the film flops, he should move into a cardboard box and panhandle by yelling at people: ‘Don’t you know who I am? Who I was? I funded a film all by myself!’ That’s the only way to stick it to the man.

But hey there, person arguing–there isn’t only one way to do this anymore. With the advent of crowd-funding, the whole way film-making works is being turned on its head. A friend of mine made the prediction to me a few years ago that is eerily true and prescient now: film production and distribution will become democratized based on free information and support from fans and advertisers (and thank you Zoe, for being right).

While Harvey Weinstein doesn’t need to sweat into his jowls with fear just yet, we are moving towards that new people-based model for film-making. And as this develops, surely there will be a slice of the pie for everyone, be they basement-bound teens or big names in Hollywood. I may be a dreamer, but judging by how successful these crowd-funding sites are, I’m not the only one?